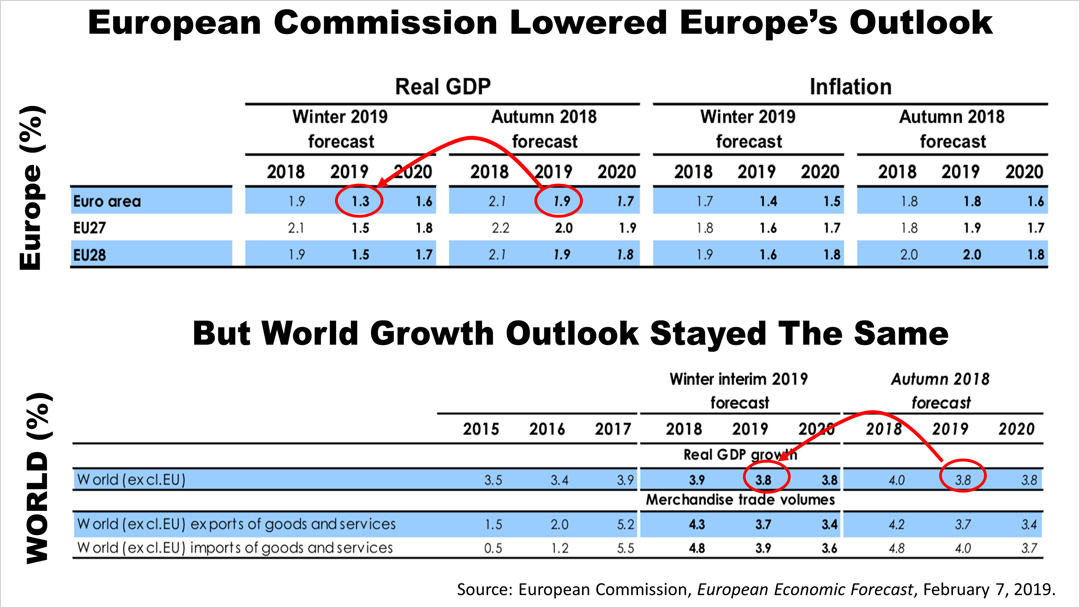 While fears spread of a serious slowdown in the global economy, expectations of U.S. GDP growth for 2019 softened versus 2018 but the quarterly U.S. GDP growth rate of 2% or more is expected for the months ahead.

Europe is expected to slow because China is slowing largely because of a looming trade war with the United States. 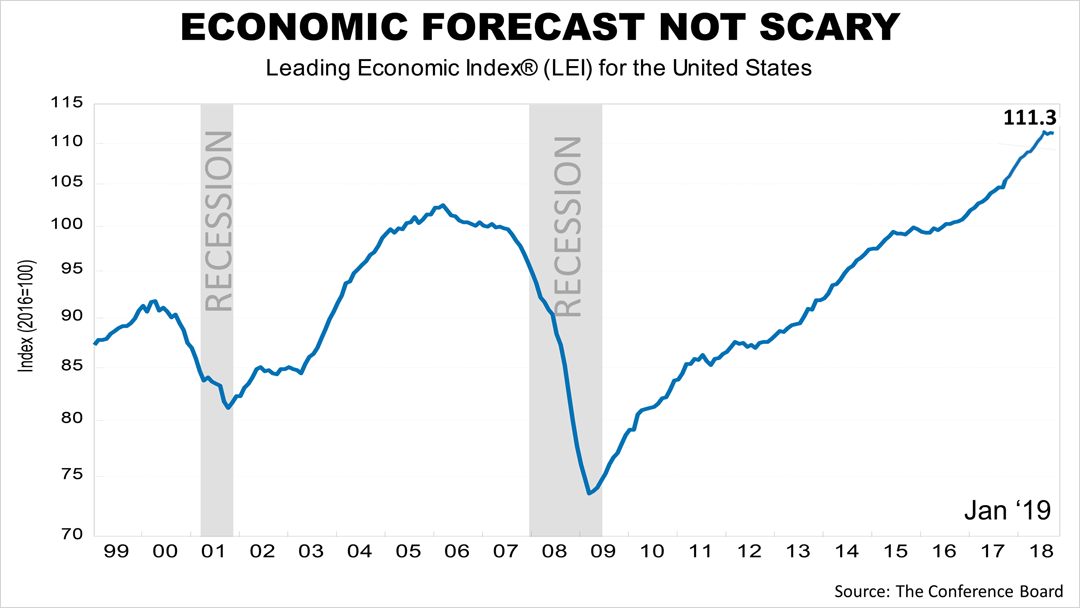 The U.S. economy is driven by American consumer spending, which insulates U.S. growth from a slowdown in China, Europe, and other foreign countries.


The Leading Economic Index for the U.S., a forward-looking composite index of 10 benchmarks of U.S. economic activity, declined one-tenth of 1%, according to a Conference Board release on Thursday. The Conference Board forecasts that U.S. GDP growth will likely decelerate to about 2% by the end of 2019.


That's lower GDP growth than after the tax bill that kicked in January 2018, but in line with long-term growth expectations. The LEI collapsed before previous recessions and it is certainly not collapsing now. 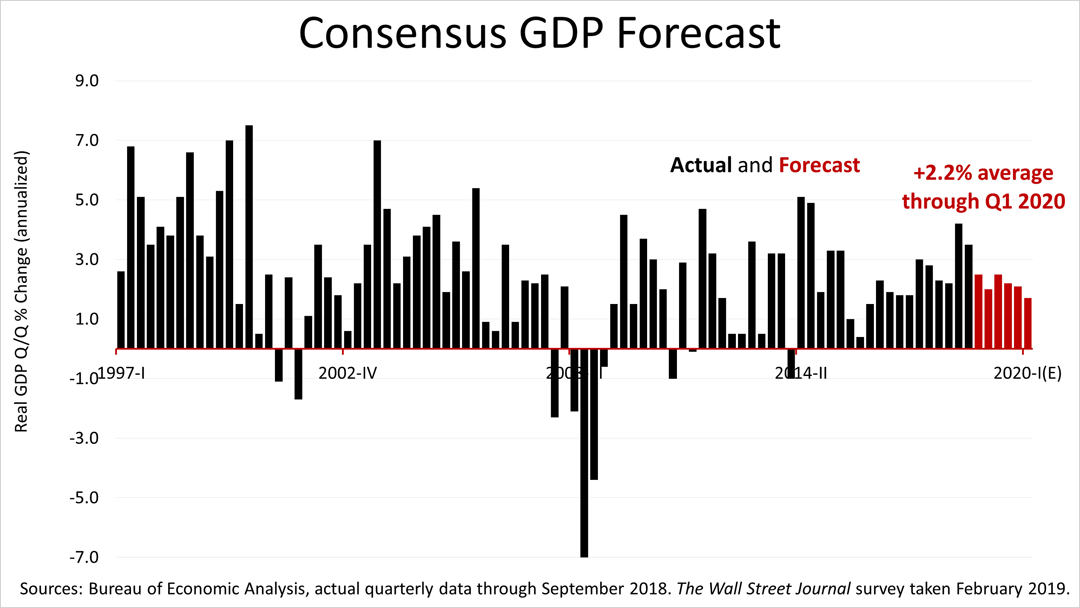 Slightly more optimistic is the forecast of 60 leading economists surveyed in early February by The Wall Street Journal, who expected an average 2.2% rate of quarterly GDP growth over the six quarters ahead. Again, this is certainly not a forecast for a recession. 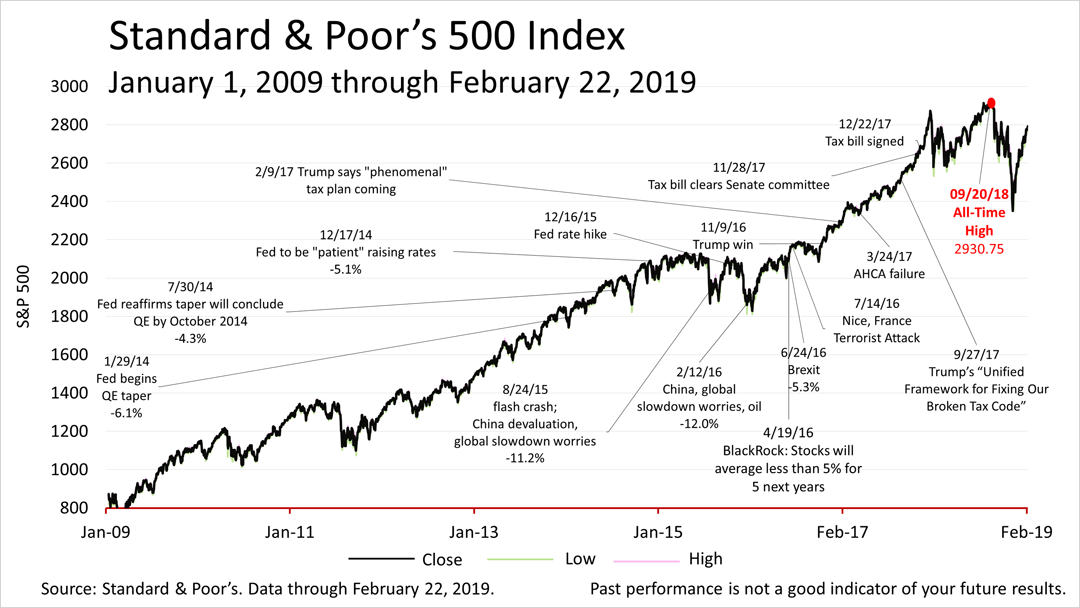 The S&P 500 index, a key growth component in a broadly diversified portfolio, suffered a 19.8% plunge from September 20th's all-time closing high to the Christmas Eve closing low of 2,351.10, and then began its rebound.

This article was written by a veteran financial journalist based on data compiled and analyzed by independent economist, Fritz Meyer. While these are sources we believe to be reliable, the information is not intended to be used as financial or tax advice without consulting a professional about your personal situation. Tax laws are subject to change. Indices are unmanaged and not available for direct investment. Investments with higher return potential carry greater risk for loss. Past performance is not an indicator of your future results.