Are You Better Off Than 10 Years Ago? 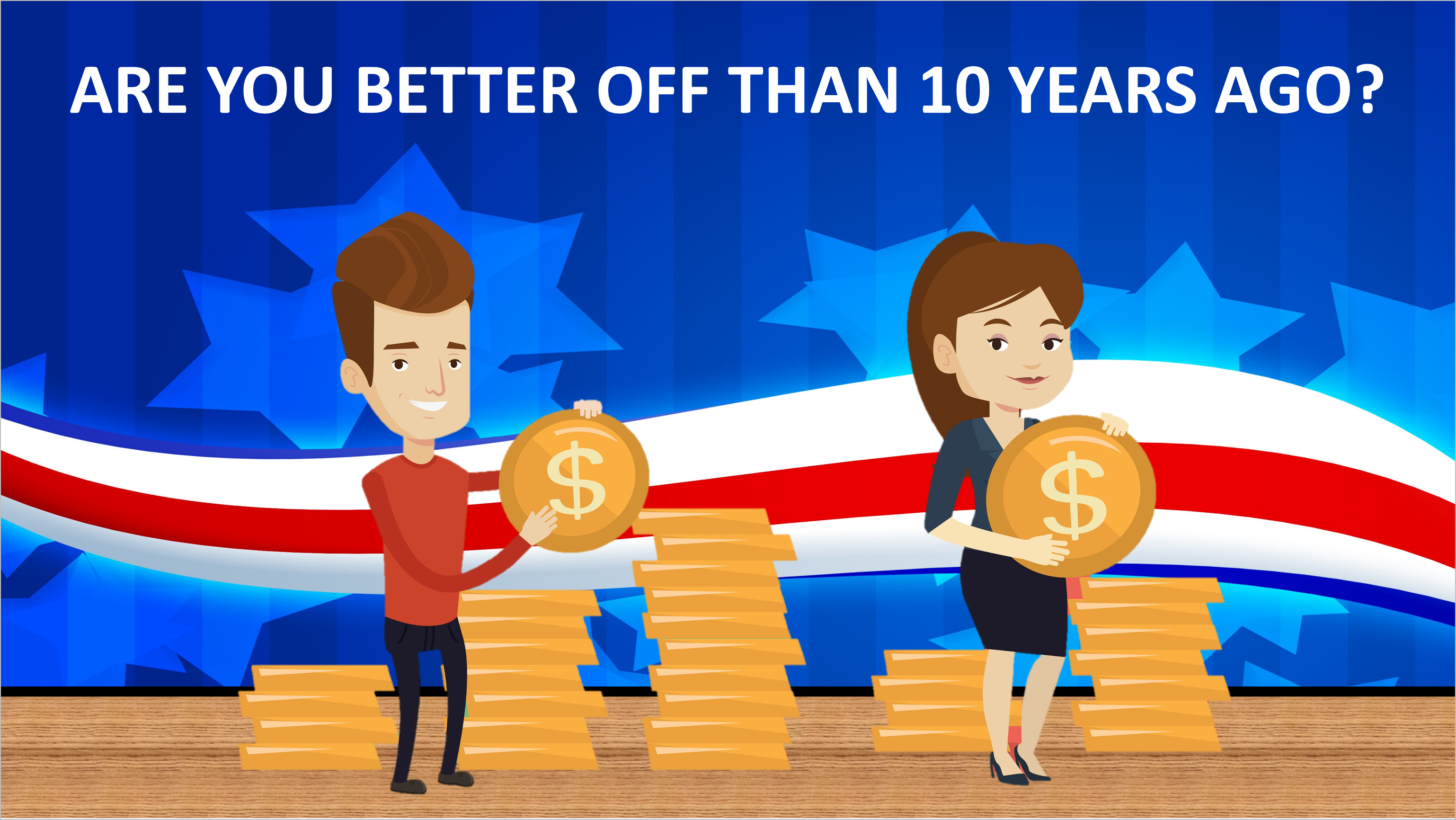 The progress of humanity moves inexorably slow, but there is irrefutable evidence that Americans are better off than they were 10 years ago - about 20% better off. 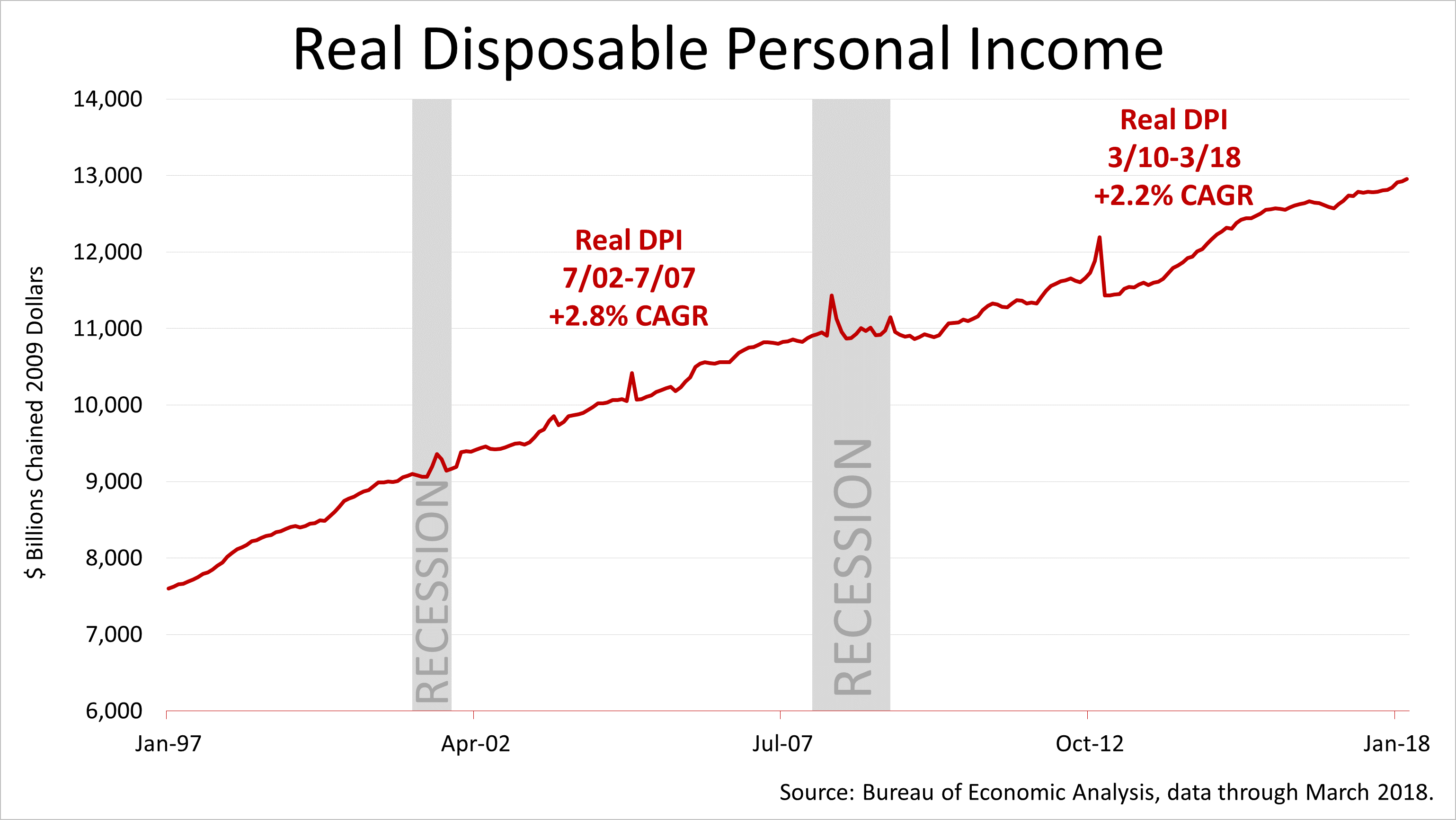 Real disposable personal income grew 2.2% at an average annual rate since the end of the last recession. 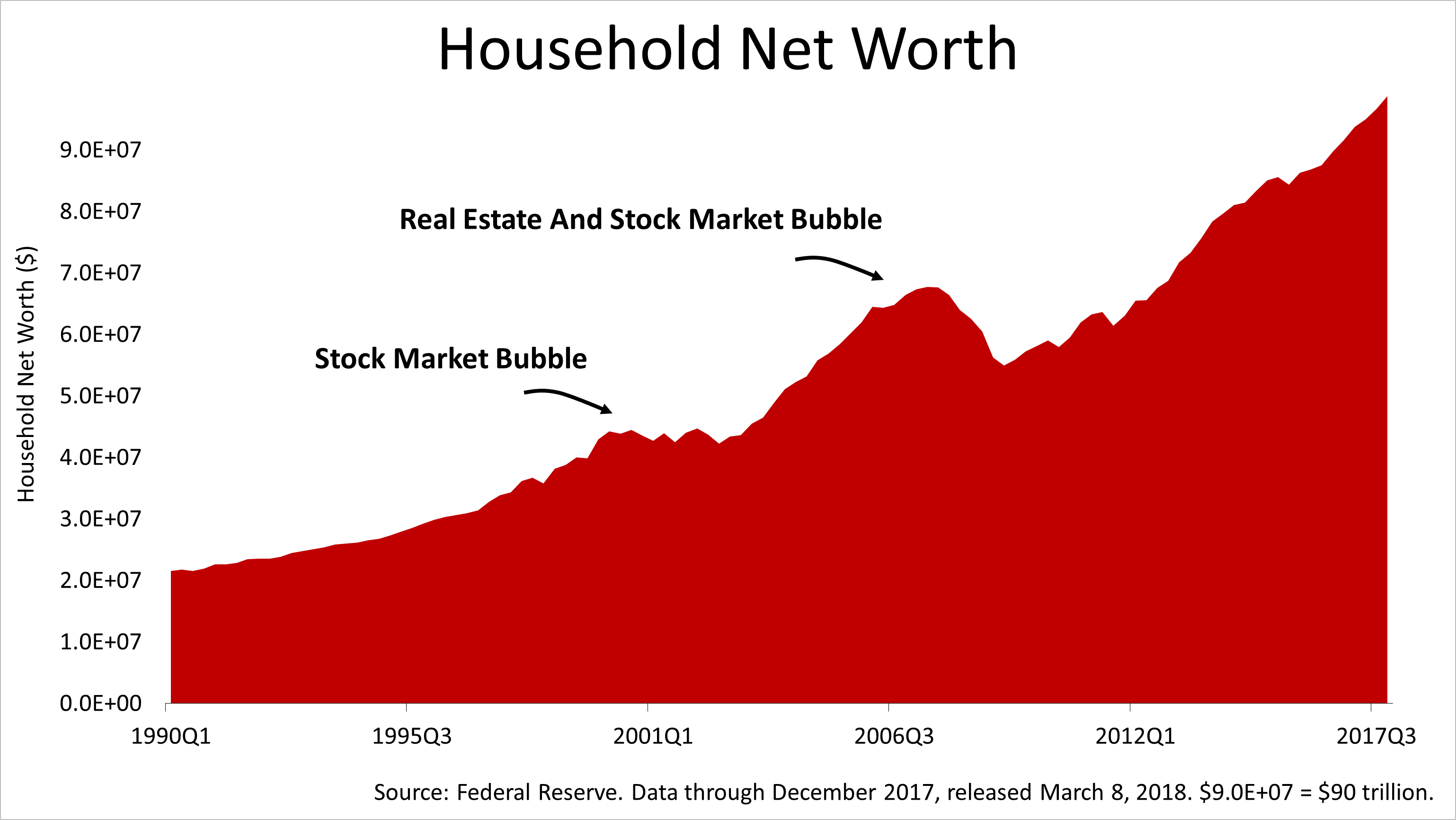 Household net worth has skyrocketed in recent years, soaring in the current expansion far beyond the peak of mid-2007. 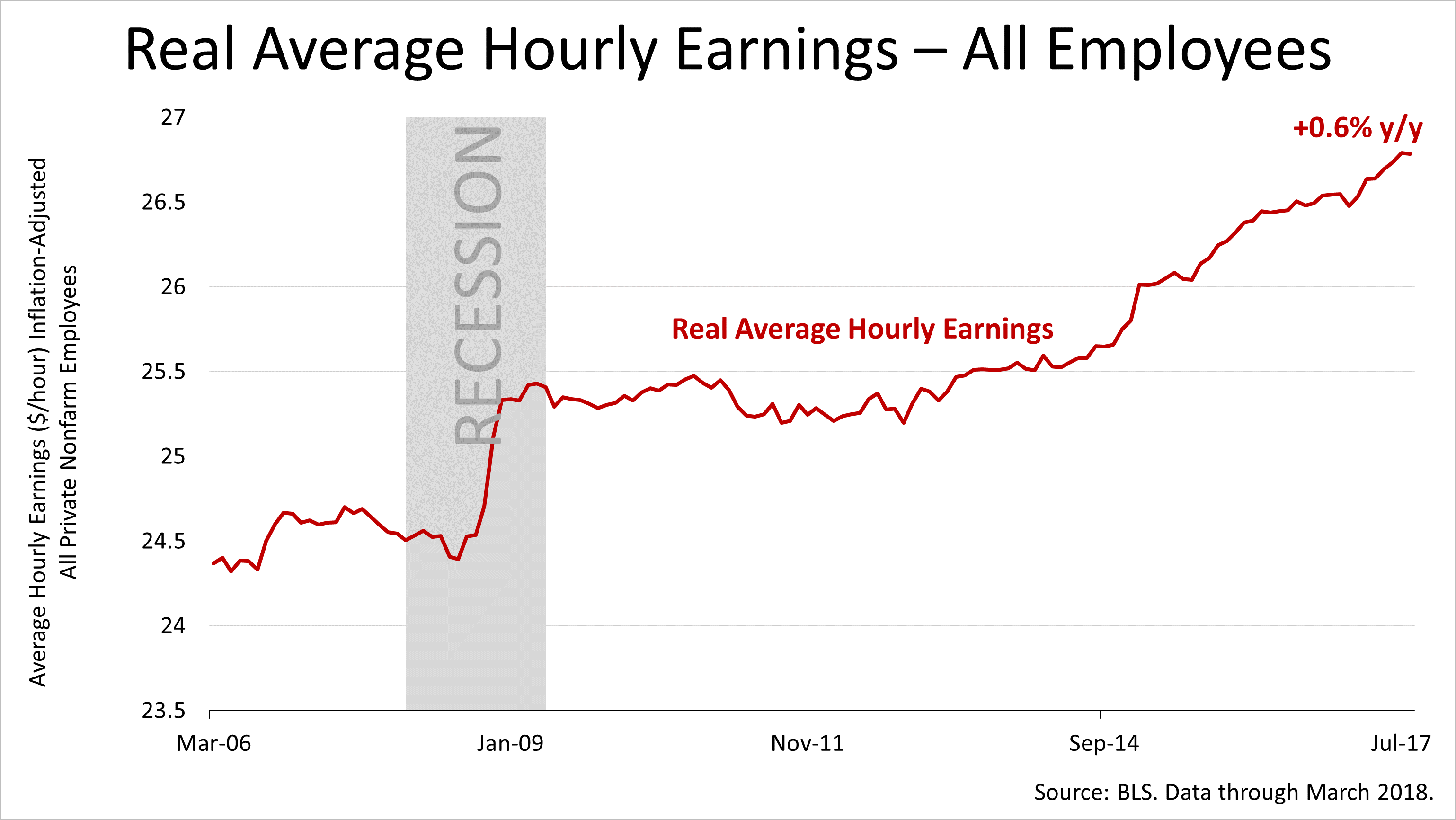 Real average hourly earnings are up 9.9% from the bottom of The Great Recession in mid-2008.


Real wages boomed during this expansion, although politicians and the financial press have incorrectly focused on before-inflation wage figures and, therefore, have totally misinformed the American public for years about wage growth. 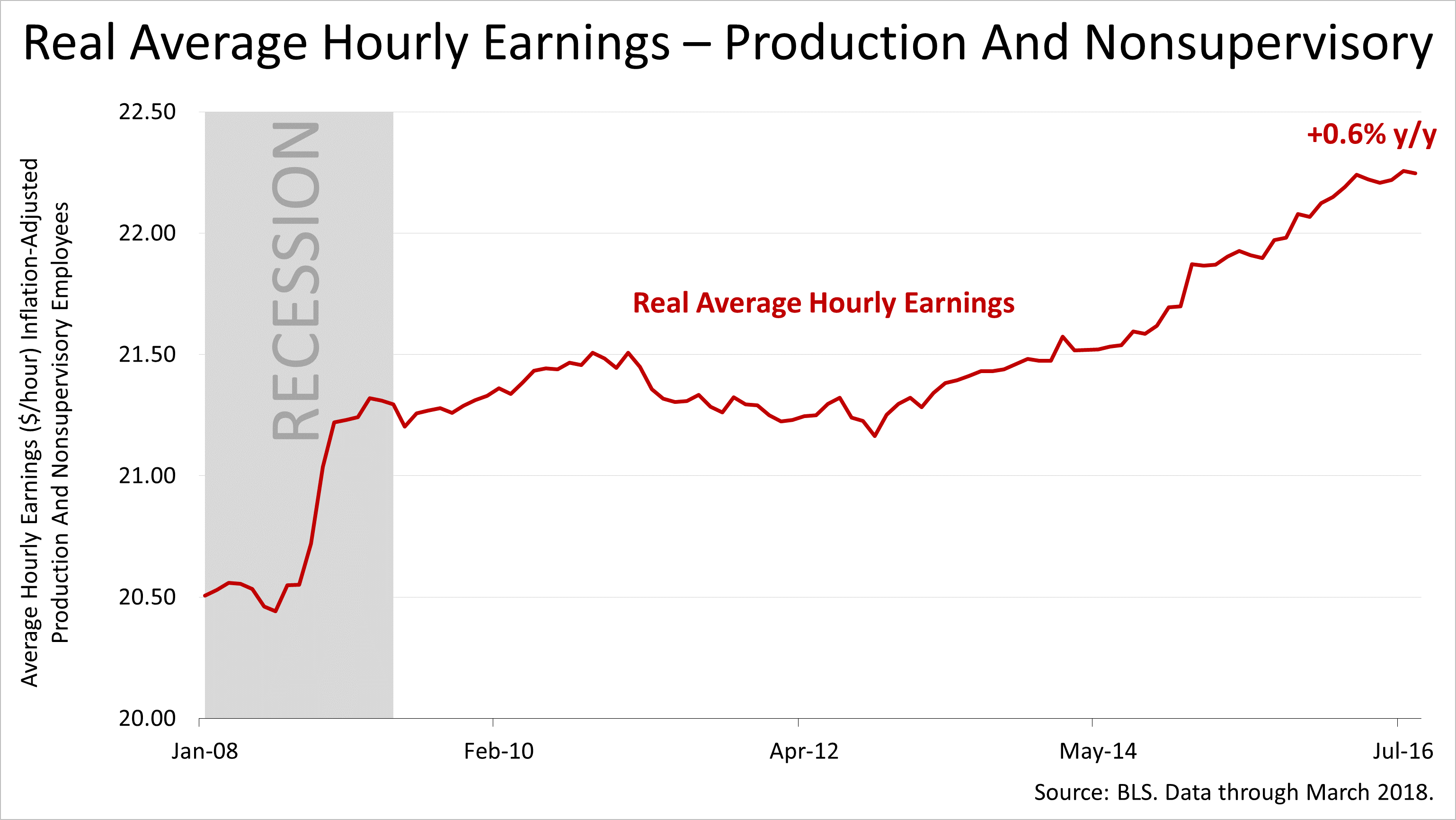 And, busting another myth, blue-collar workers have seen the exact same 9.9% growth in their wages after inflation for the last decade as the overall workforce.


While the belief that blue-collar workers have not had a pay raise for years is widespread, it has little basis in fact.


These are literally the REAL numbers and they show blue-collar workers have not been left behind in this expansion.


Blue-collar workers are right there with the rest of us in real wage growth. 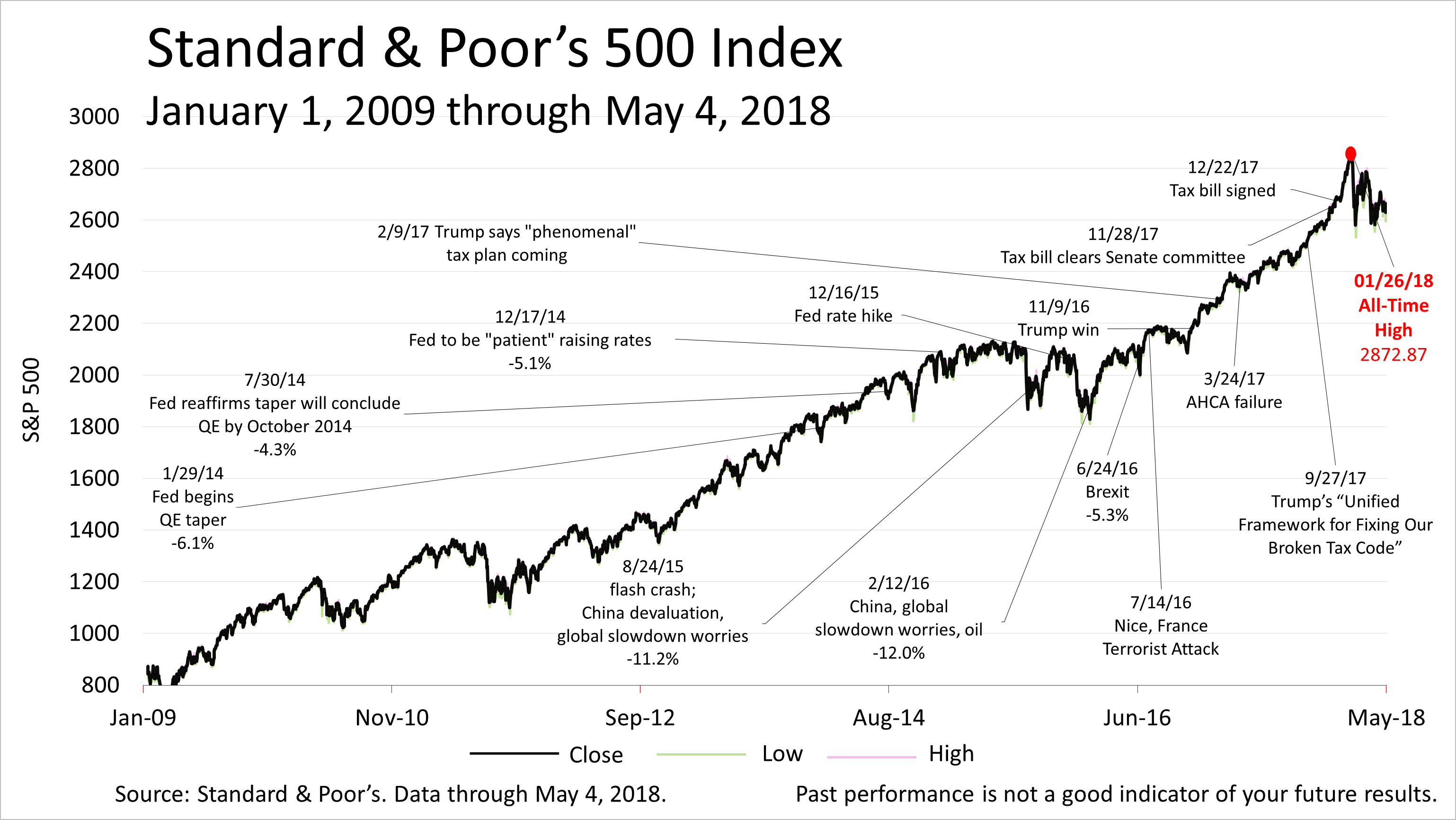 On Friday, the unemployment rate dropped to 3.9%, the lowest point since 2000. In addition, 164,000 new American jobs were added in April. According to The New York Times, it was the 91st consecutive month of gains and by far the longest streak of increases on record.

The stock market rose sharply and closed on Friday at 2663.42, not far from its all-time high. With expected earnings strong, the stock market is fairly valued. 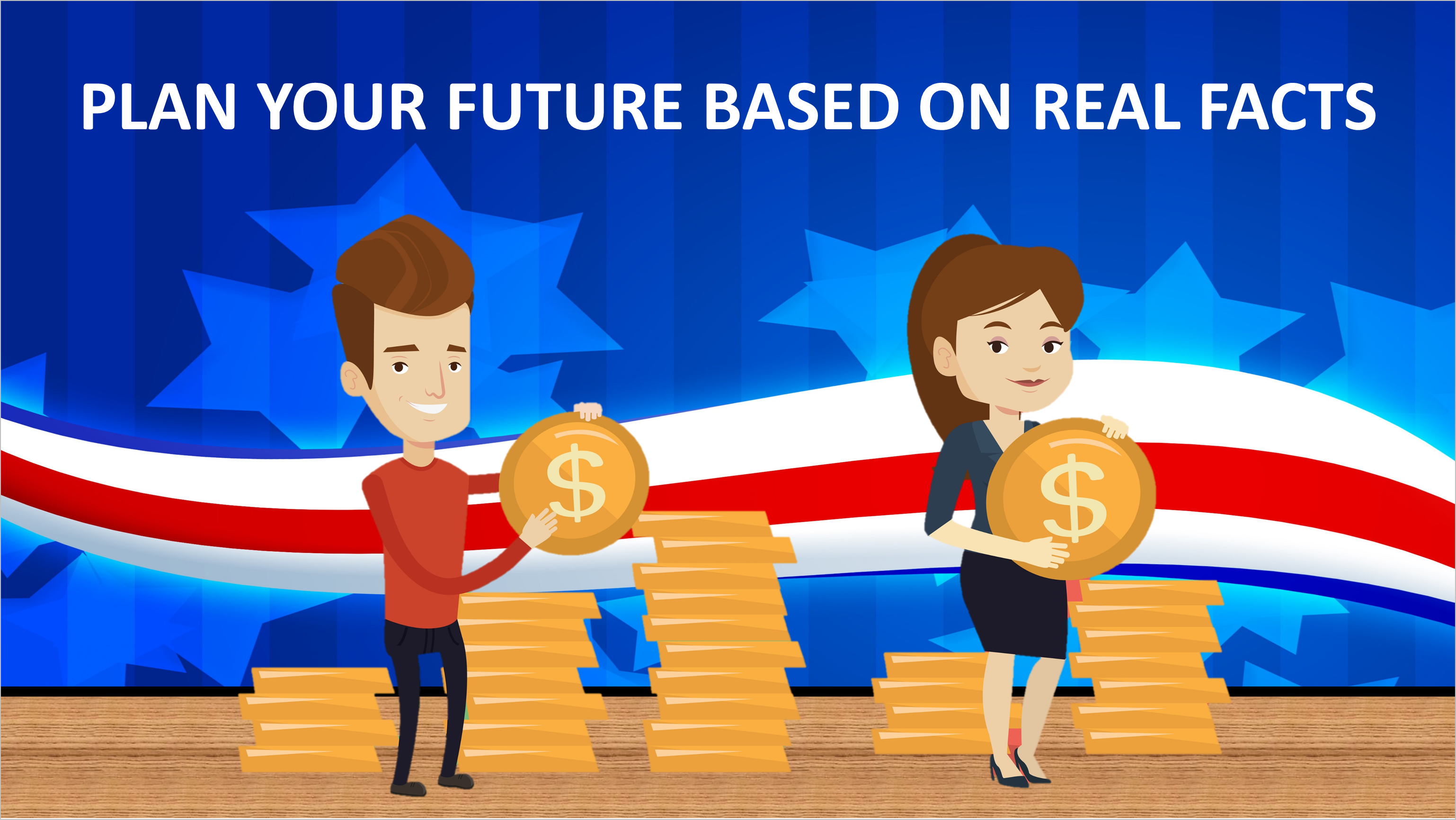 The next decade is sure to be different from the past 10 years.


We're here to help you plan for your life based on real facts.

This article was written by a veteran financial journalist based on data compiled and analyzed by independent economist, Fritz Meyer. While these are sources we believe to be reliable, the information is not intended to be used as financial advice without consulting a professional about your personal situation. Indices are unmanaged and not available for direct investment. Investments with higher return potential carry greater risk for loss. Past performance is not an indicator of your future results.